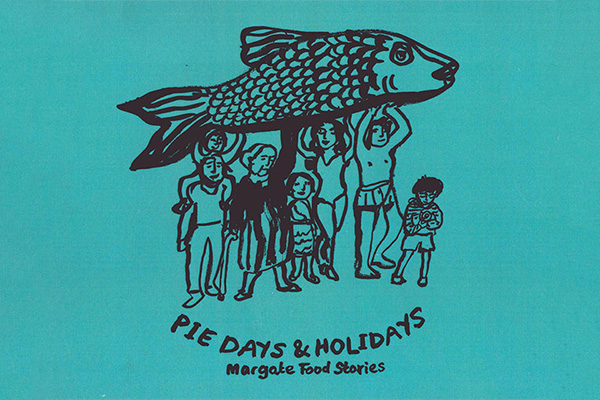 An inclusive, participatory artwork which resulted in hundreds of artworks by artist Sophie Herxheimer. Venues used for story collecting included the local library, farmers market, allotments, cafes, museum, a women’s refuge and a housing estate. The stories were then used to illustrate the Margate seafront with a 45-metre mural and published in a limited edition artist’s book.

The project culminated in an exhibition of the drawings and a feast with the participants at Marine Studios. The project was followed by BBC Radio 4 for an episode of the Food Programme, broadcast in April 2011. HKD devised the project and was awarded funding from Arts Council England and English Heritage, through MACH, Margate Arts, Culture and Heritage. 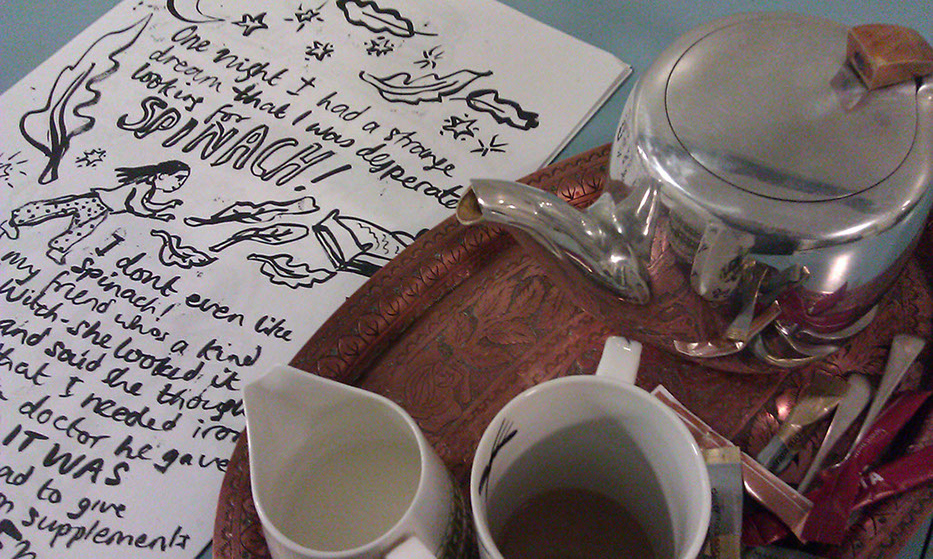 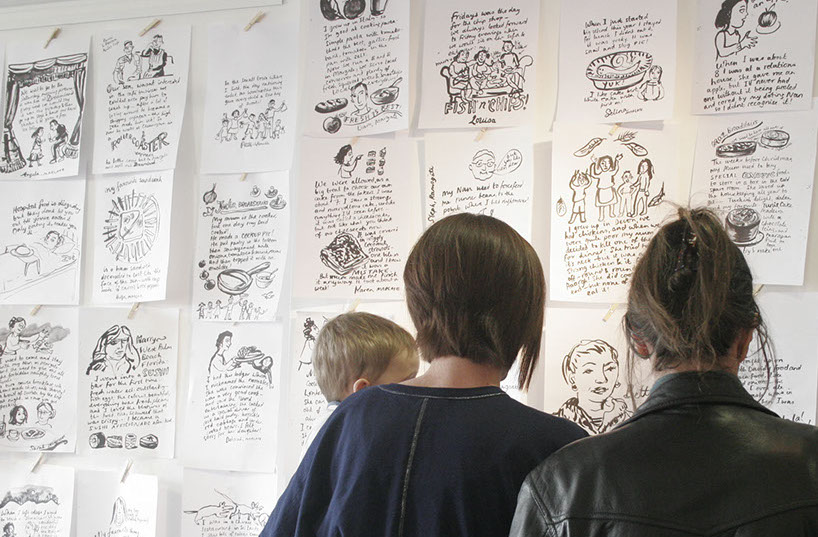 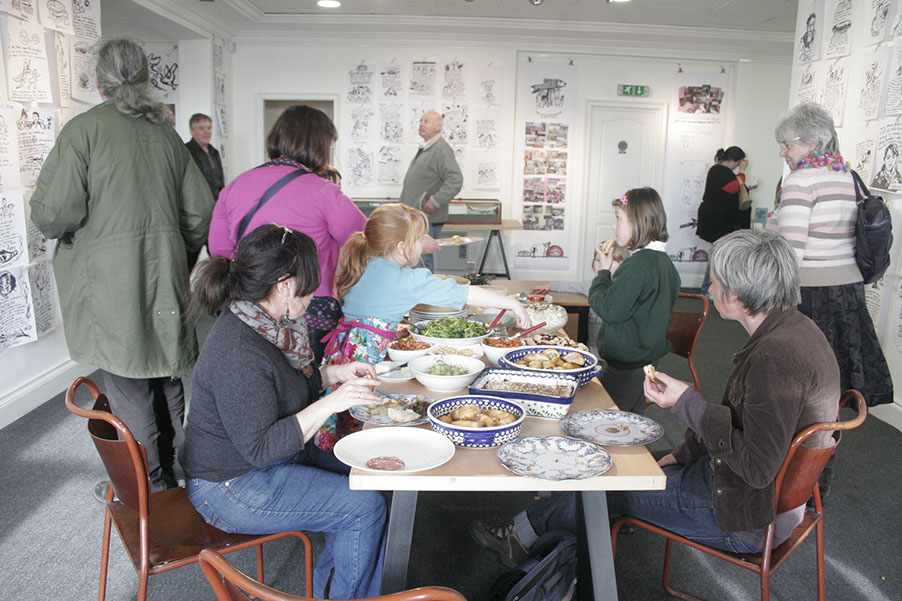 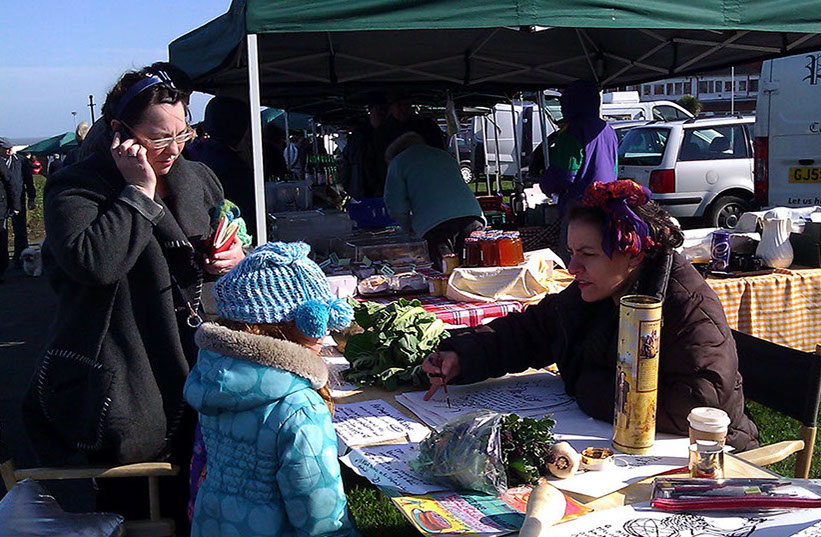 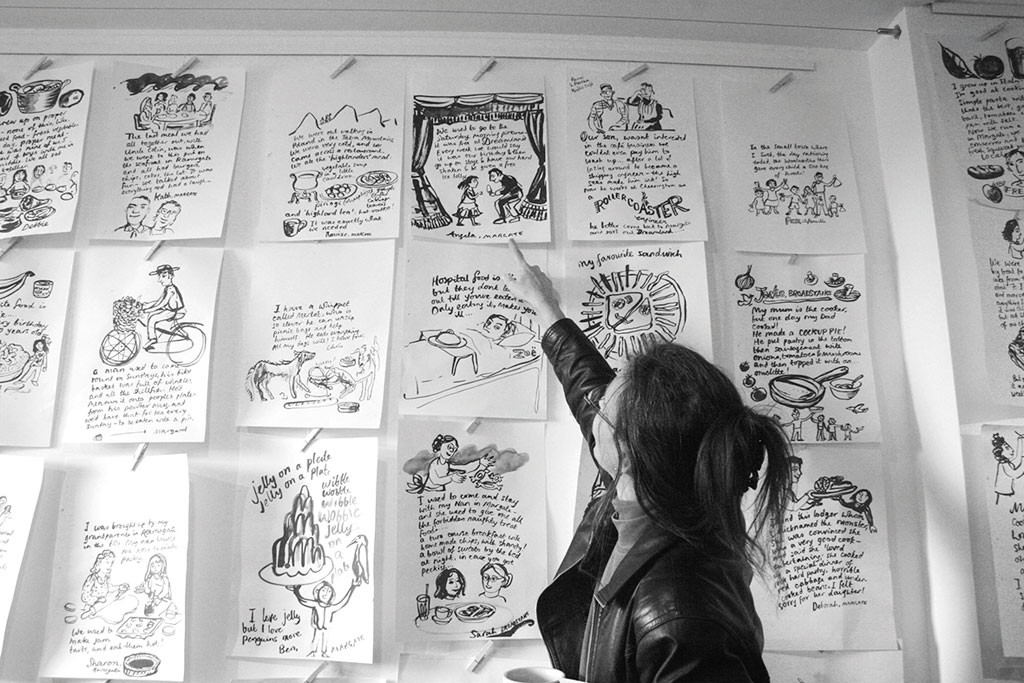 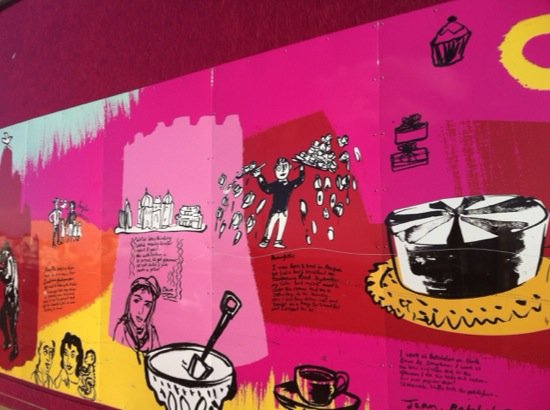 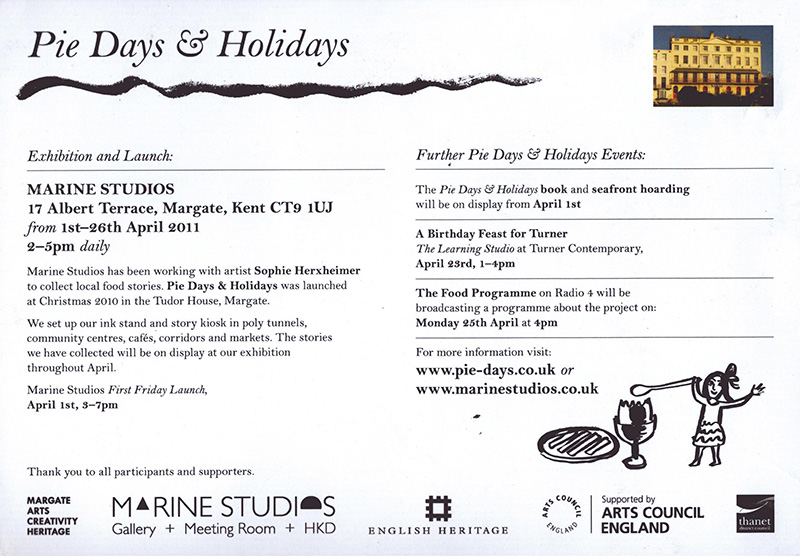 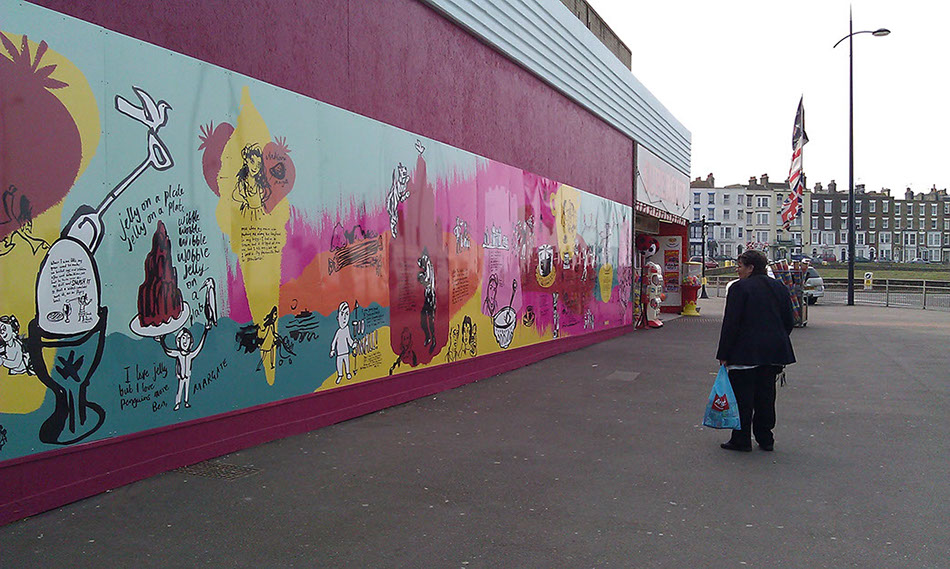 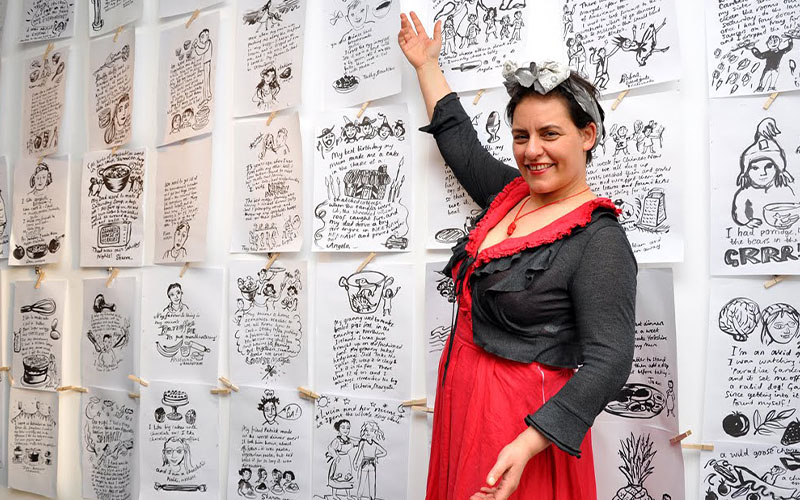 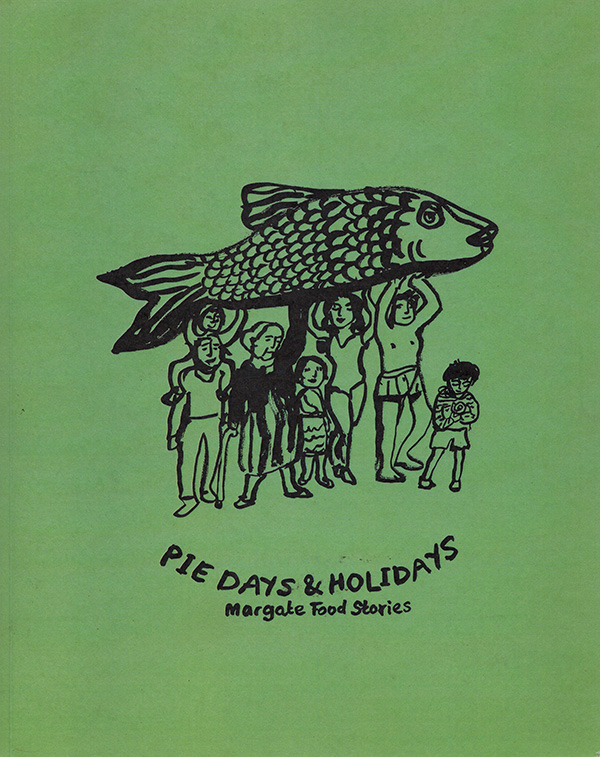