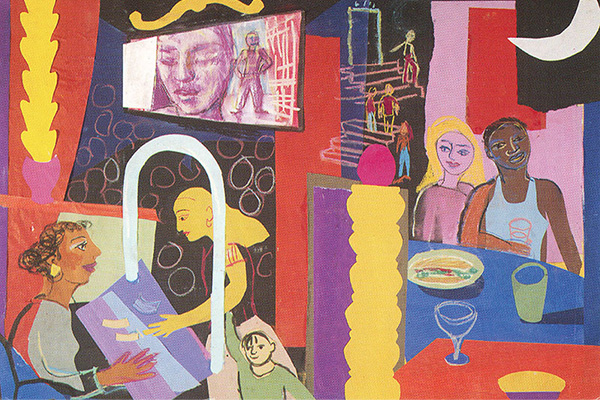 "The Ritzy has been my local cinema since its first modern incarnation in 1978, so I'm very pleased to be showing my work here.
My paintings are connected with film in several ways. In films you can see fascinating glimpses of real seeming situations in an inherently anti-naturalistic way. Camera lenses decide for you how and where your eye will concentrate. Devices are used, such as dramatic lighting, enormous close-up faces looming from the screen, and juxtapositions of soundtracks and images. These knit together with the words and build the atmosphere of story.
Colour is the music I like to exploit in these pictures. Like unexpectedly making a bright colour 'spooky' as in Dialogue, or using a light tone to create a heay air, like in One Summer Afternoon. With some of these new paintings I've introduced another element: text, which can be there in counterpoint to the image rather than as an explanation for it. Narrative is important to me, and I aim to catch precise moments in the interaction of characters, and freeze dry them. As in a dream, the characters themselves are not necessarily separate people, but may represent different facets of the dreamer." 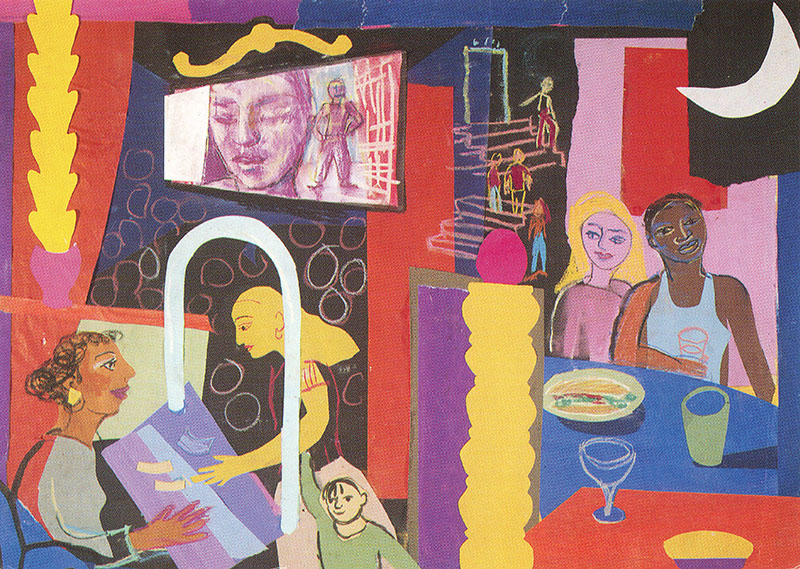 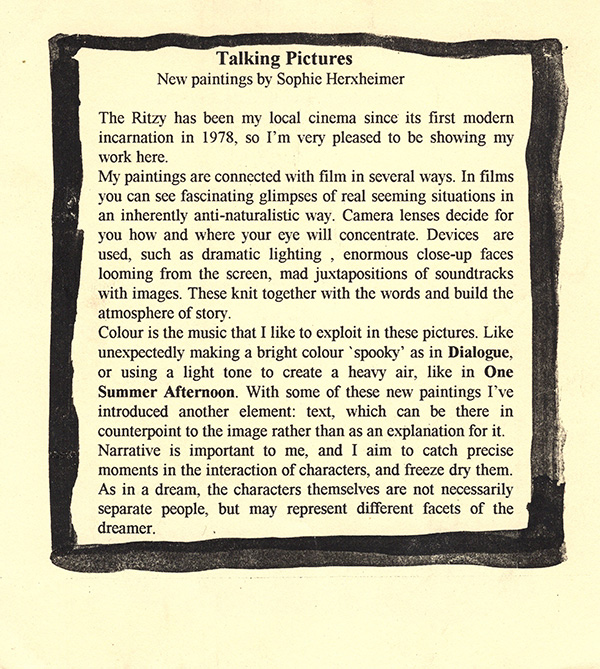 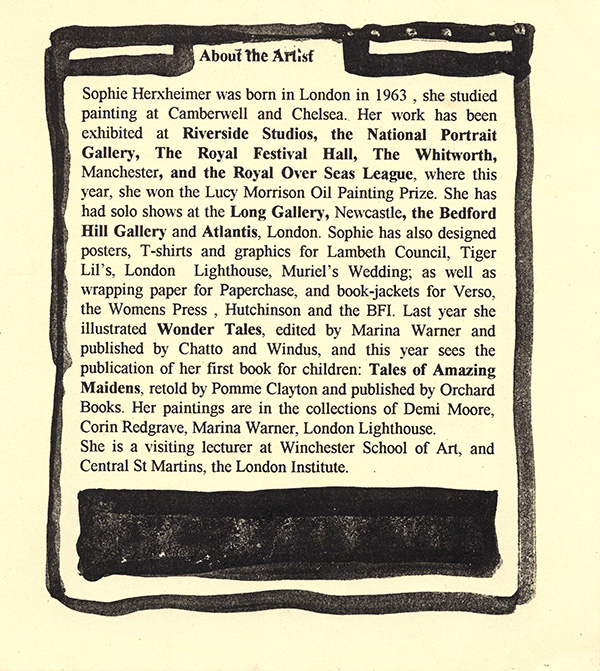 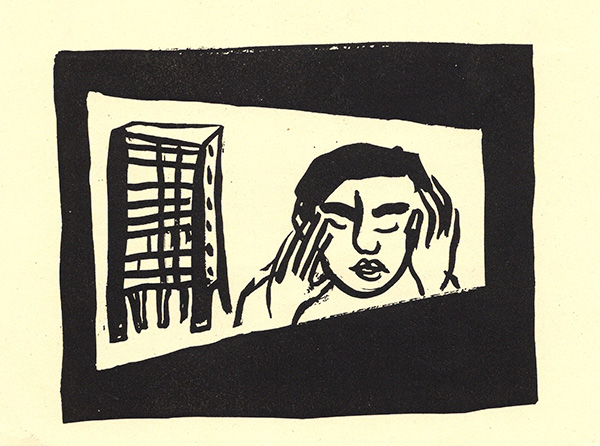