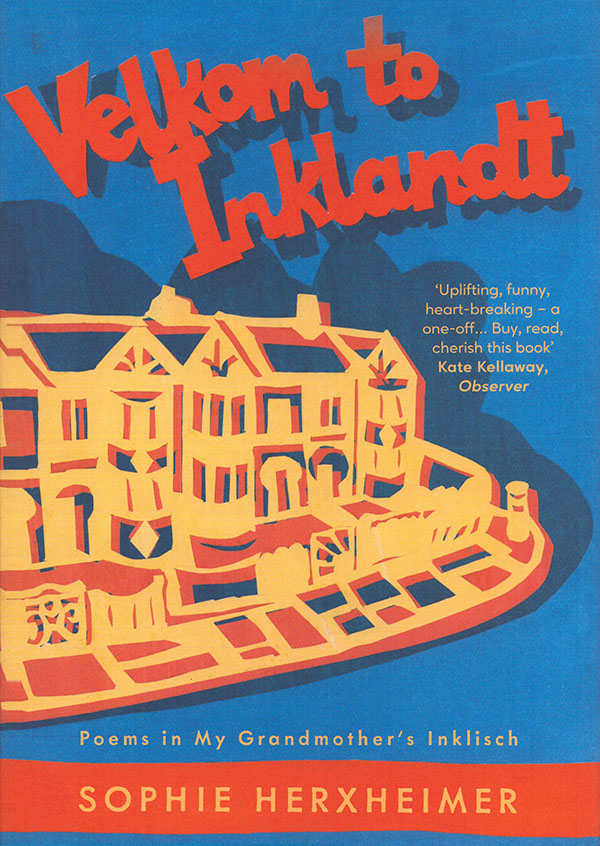 The Sunday Times Poetry Book of the Year 2017

Velkom to Inklandt is a collection of poems in which Sophie Herxheimer brings to life the voice of her German Jewish Grent Muzzer Liesel, whose somewhat abrasive but eminently humane perspektiff she's been unable to forget.

Liesel came to live in Britain in 1938, with her young family. Her husband was one of many scientists saved by the speedily set up Council for Academic Refugees.

Playing on the difficulties of the English lenkvitch and vokebulerry, the poems tell of an immigrant's attempts to fit in and make her home in a new country at war with her own.

This fascinating sequence addresses alienation, survival, friendship, marriage, motherhood and loss against a backdrop of a London which has almost disappeared but at the same time remains straynchly familiar.

“This book is uplifting, funny, heart-breaking – a one-off... many poems will bring a lump to your throat...buy, read, cherish this book.”
- Kate Kellaway, The Observer

“Charming and Poignant... Say her words out loud to see her world.'”
- The Sunday Times

“I bought diss. It iss ferry fonny. It meks me vont to read out lout to my missis. Ach how ve laff."
- Michael Rosen 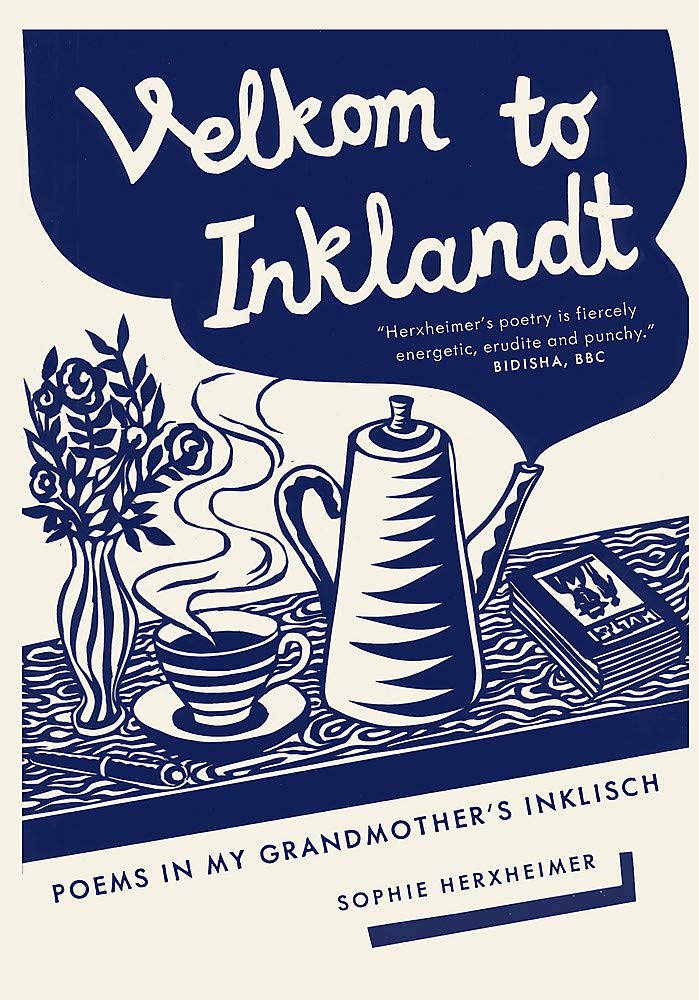 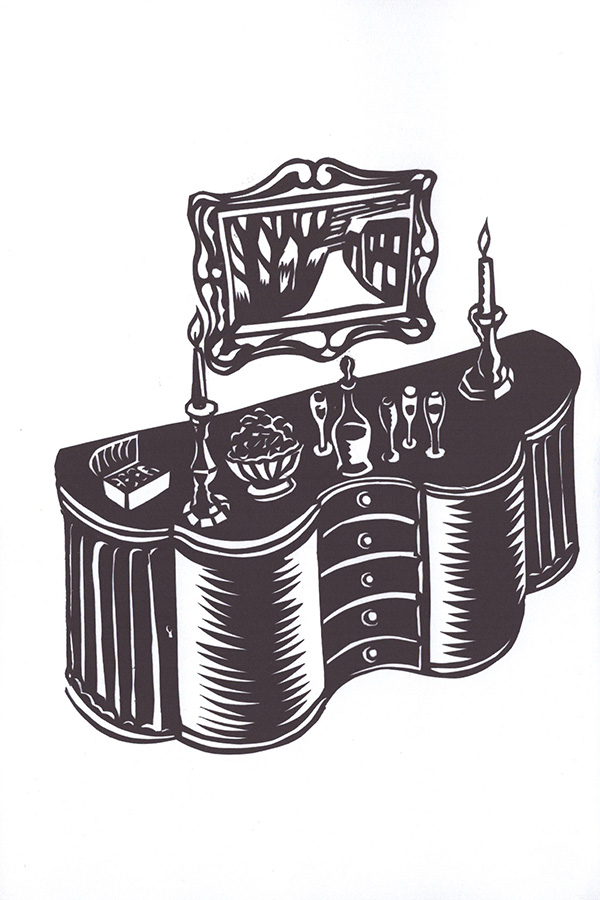 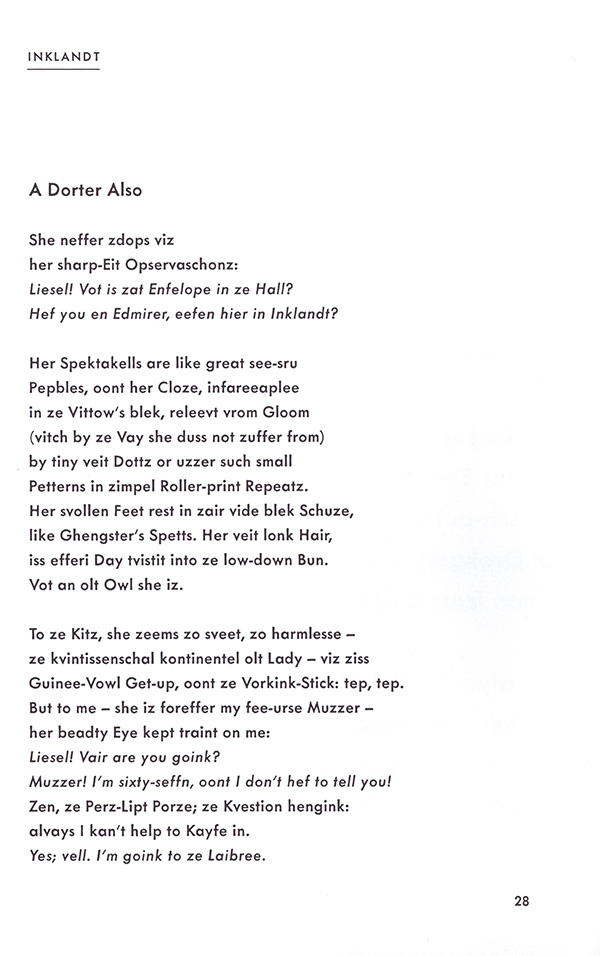 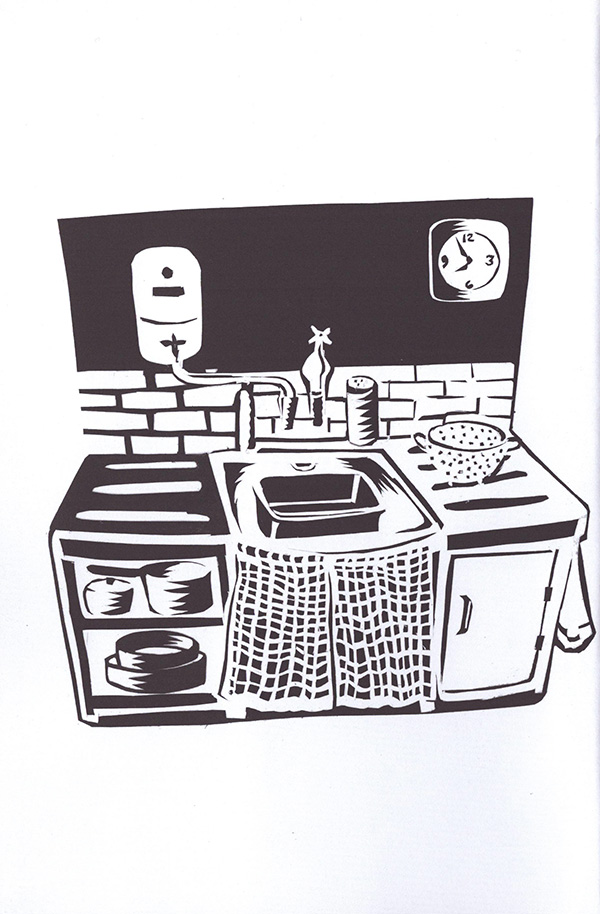 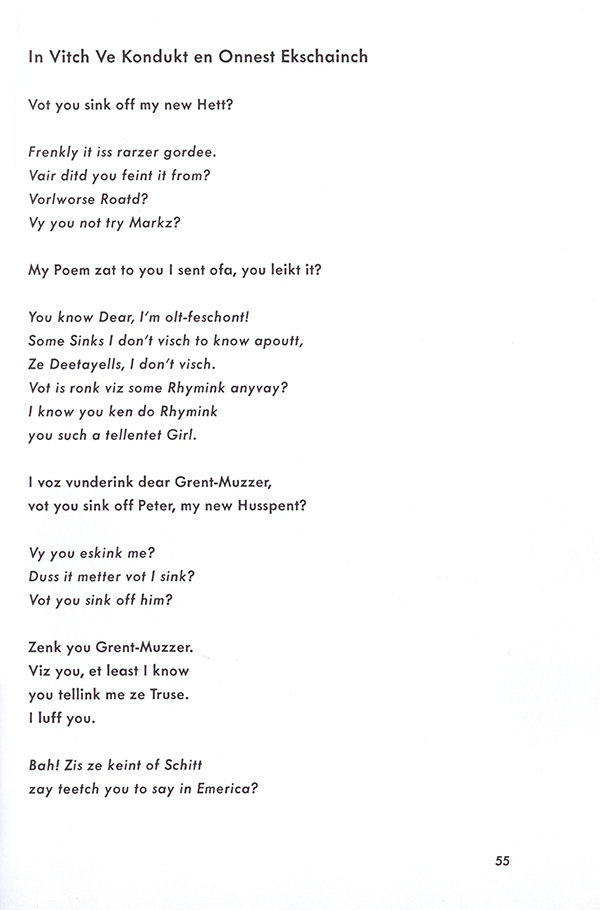 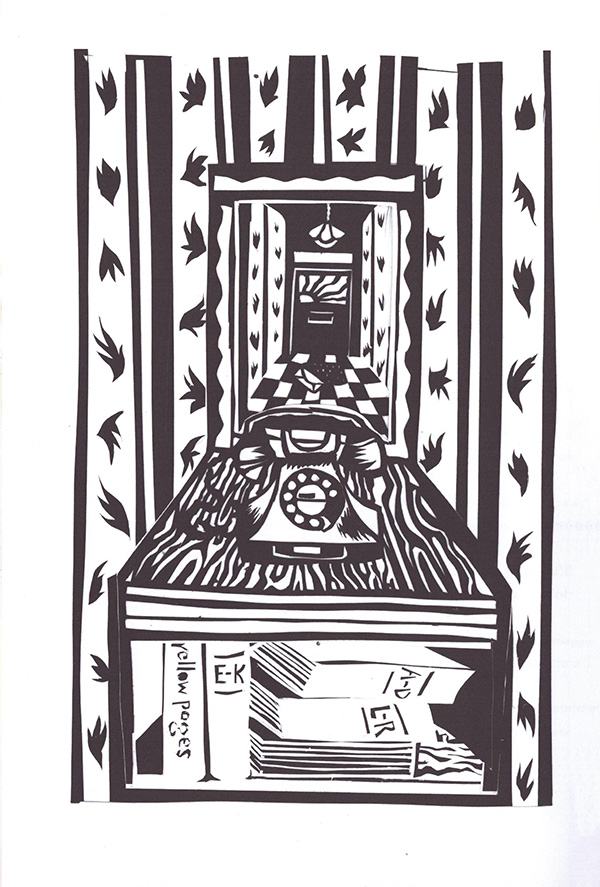 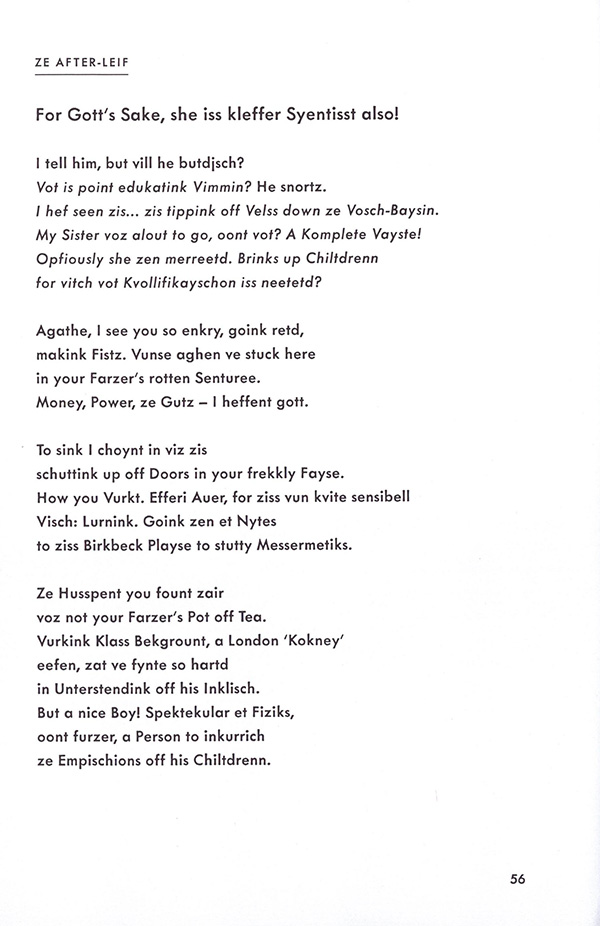 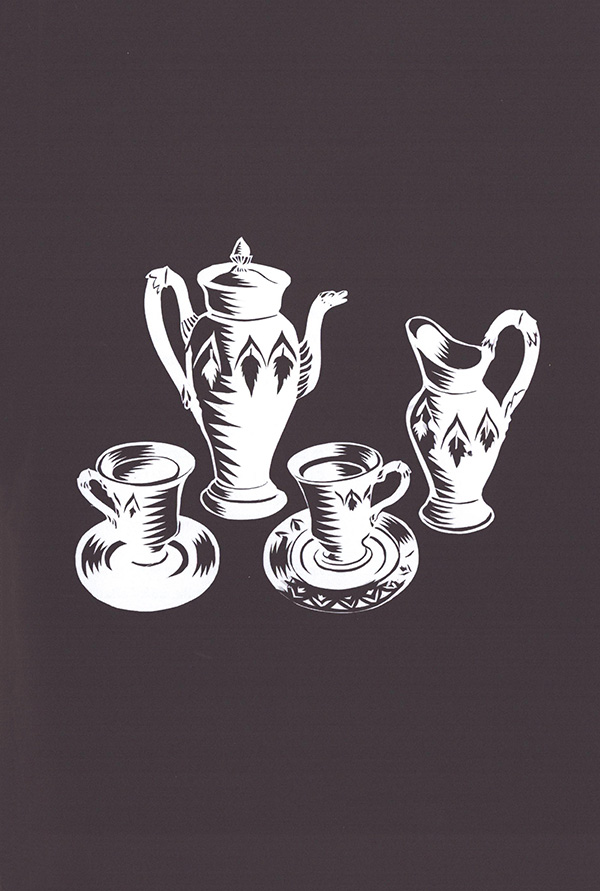 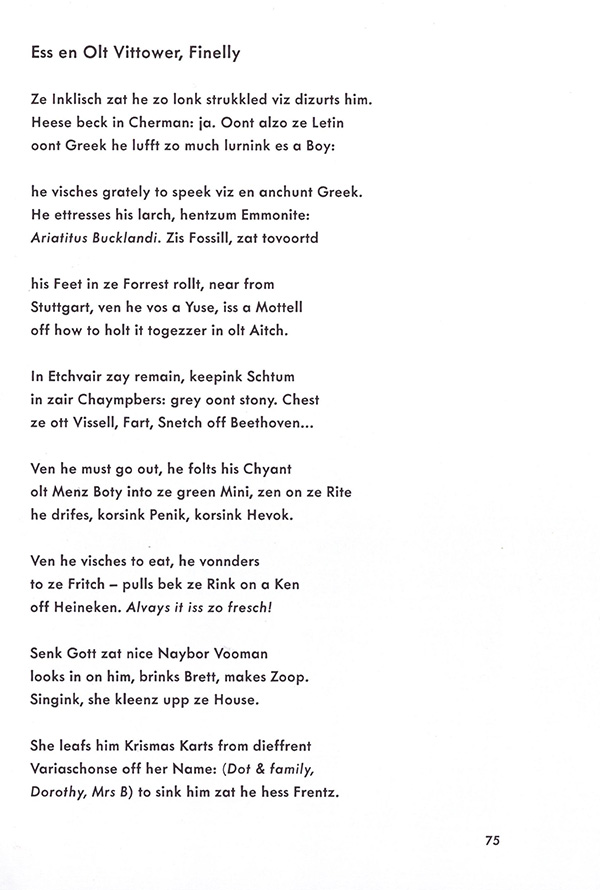 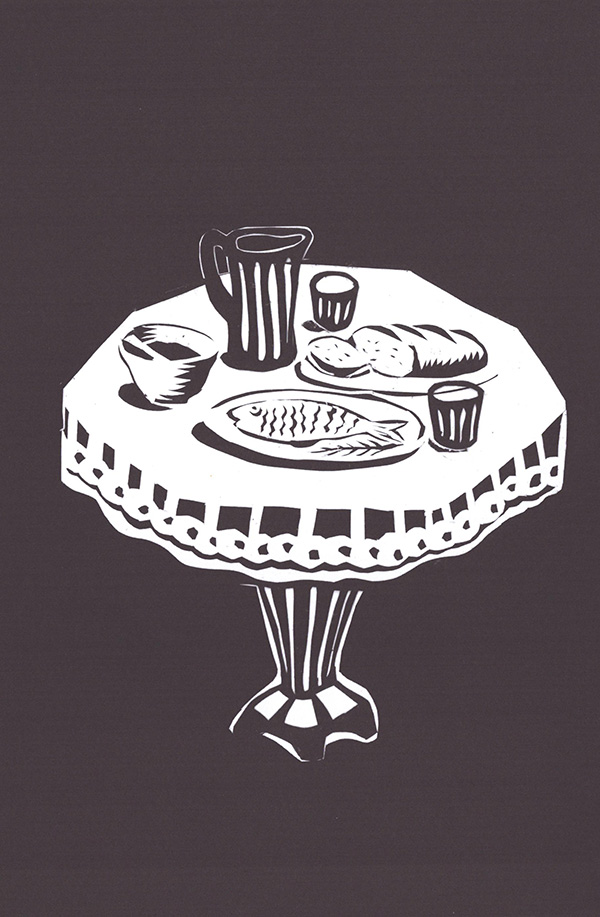 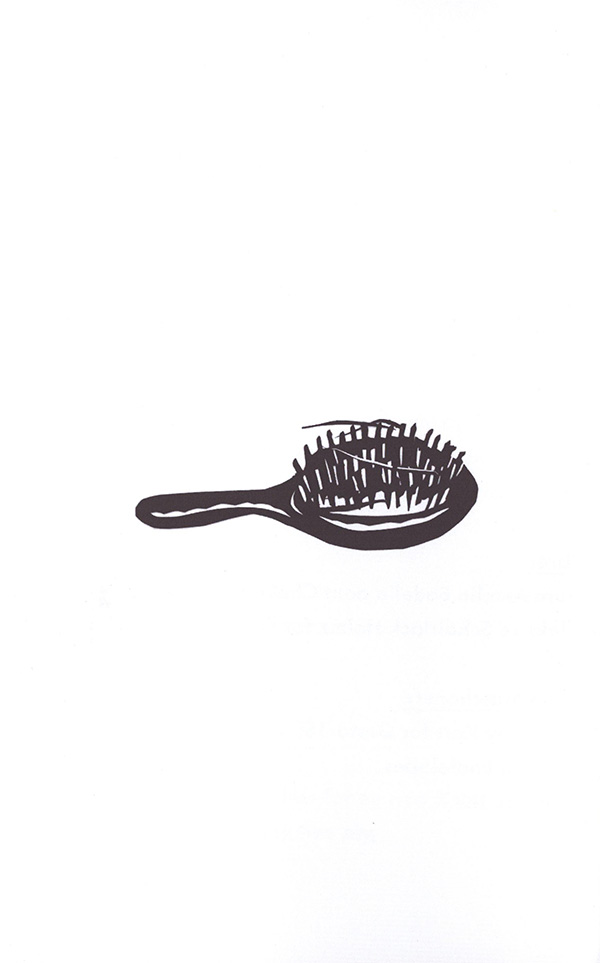 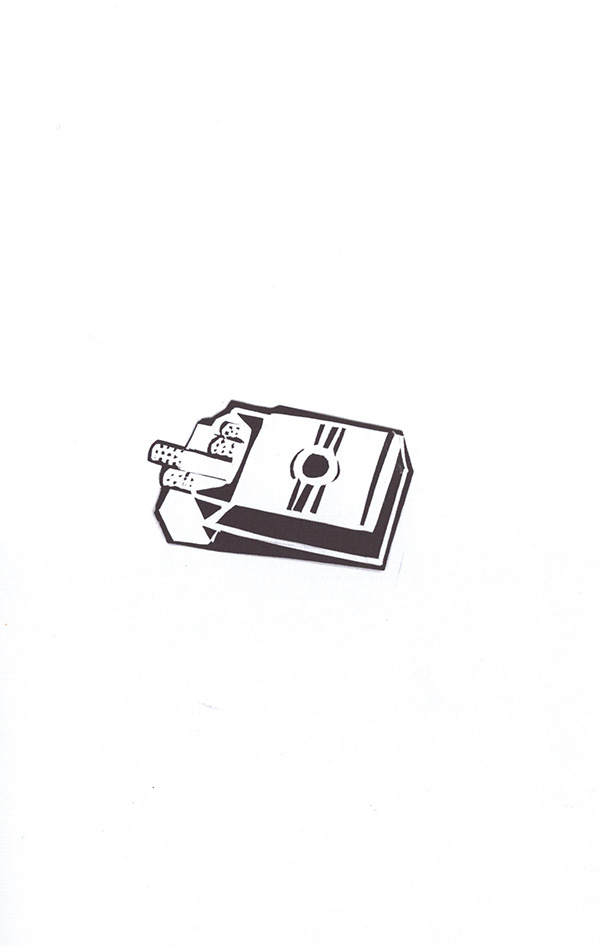 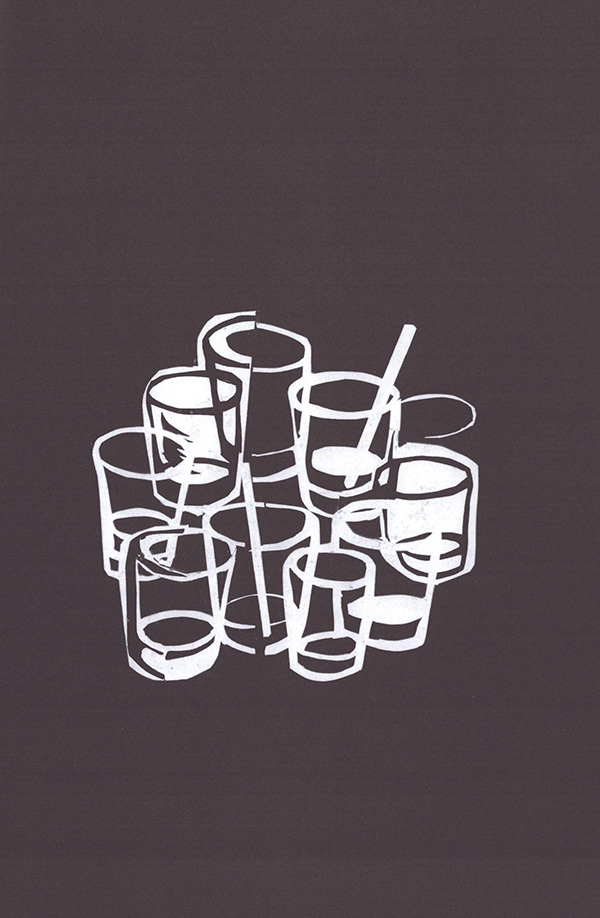 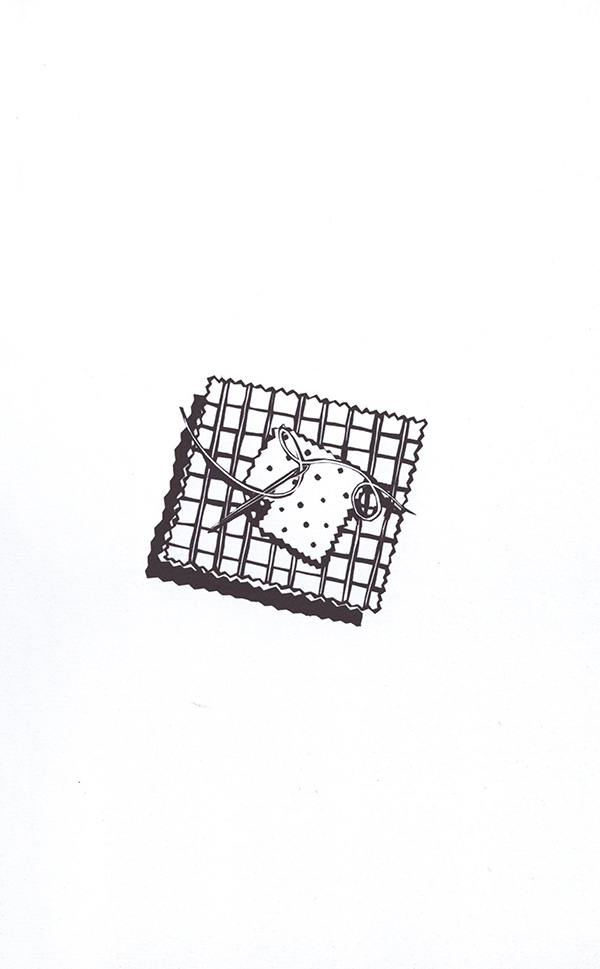 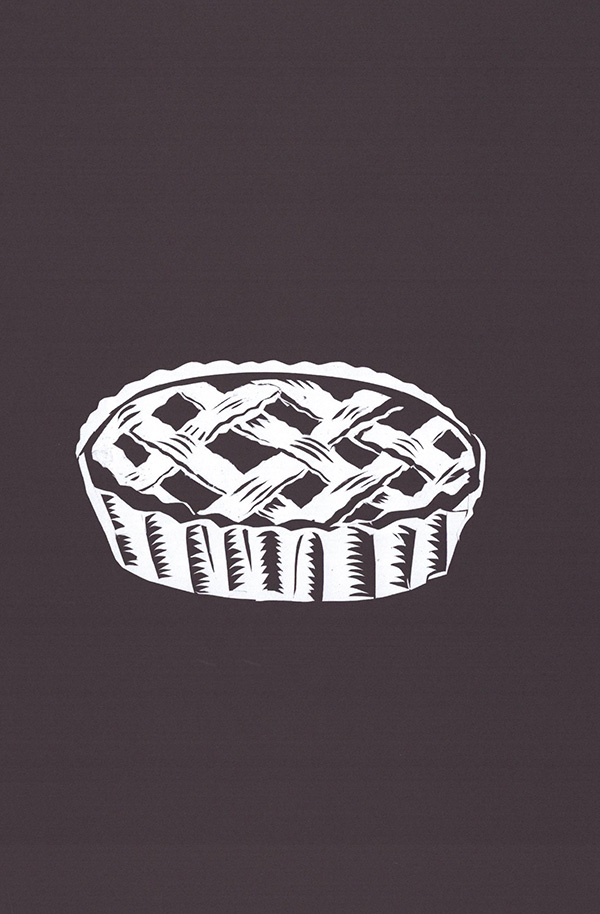 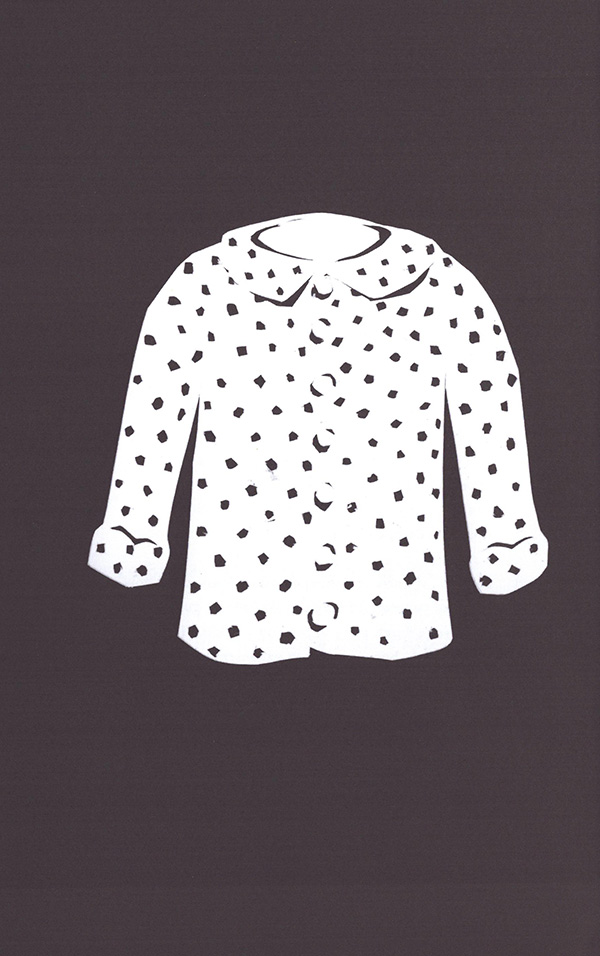 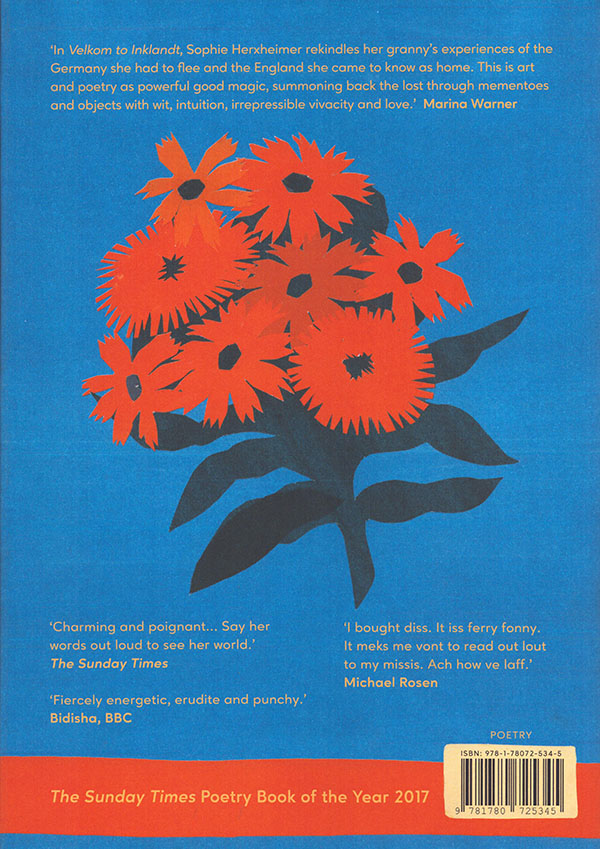 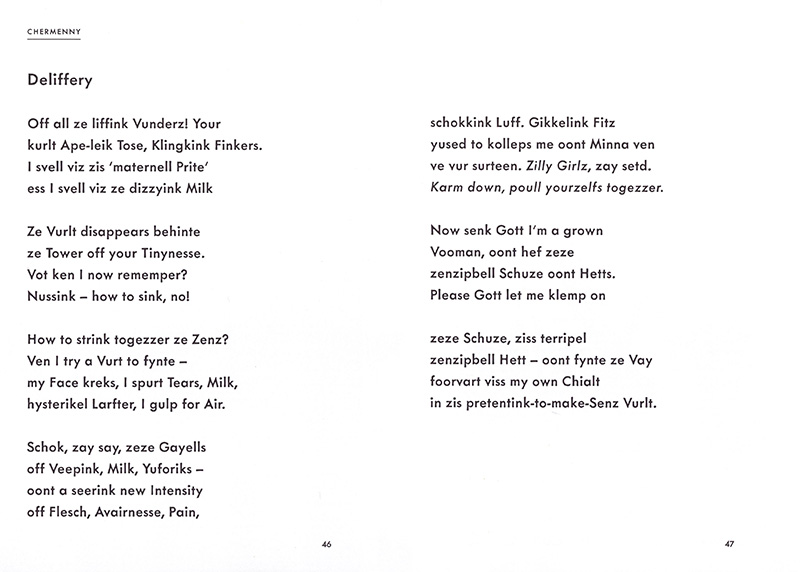