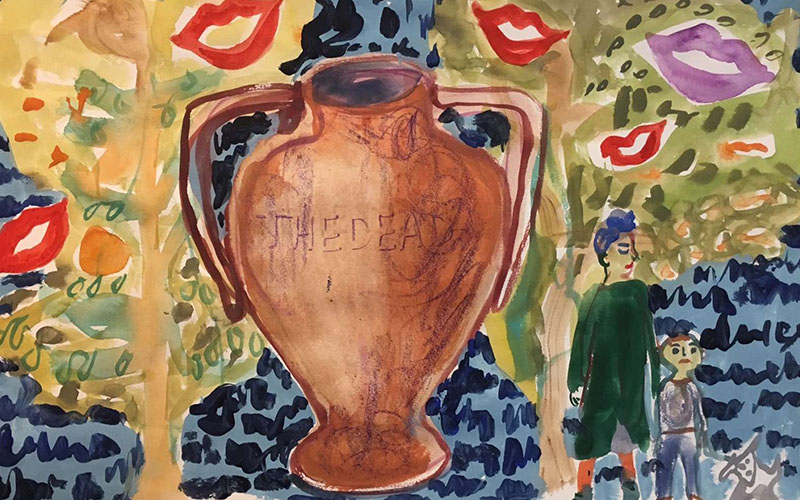 'The brief was for me to spend a week in The Clockhouse, neighbour building to John Osborne’s grand and gothic former home The Hurst, and make visual art in response to the place, as well as on any themes I was preoccupied with already.

I was invited because Arvon, working with Jo King at Ludlow Open, was looking for an artist for whom image and text are inextricably intertwined. With the Arvon Foundations expertise at generating all kinds of text, with their incredible year round programme of writers and courses, it was felt that fostering visual art alongside could build in further inspiration. Also resident at the Clockhouse that week, were three Ukrainian writers over on an exchange with Writing West Midlands. We had a lot of  interesting conversations in the evenings, and I gained some insight into contemporary Ukrainian literature and the already fragile situation in relation to Russian aggression.' 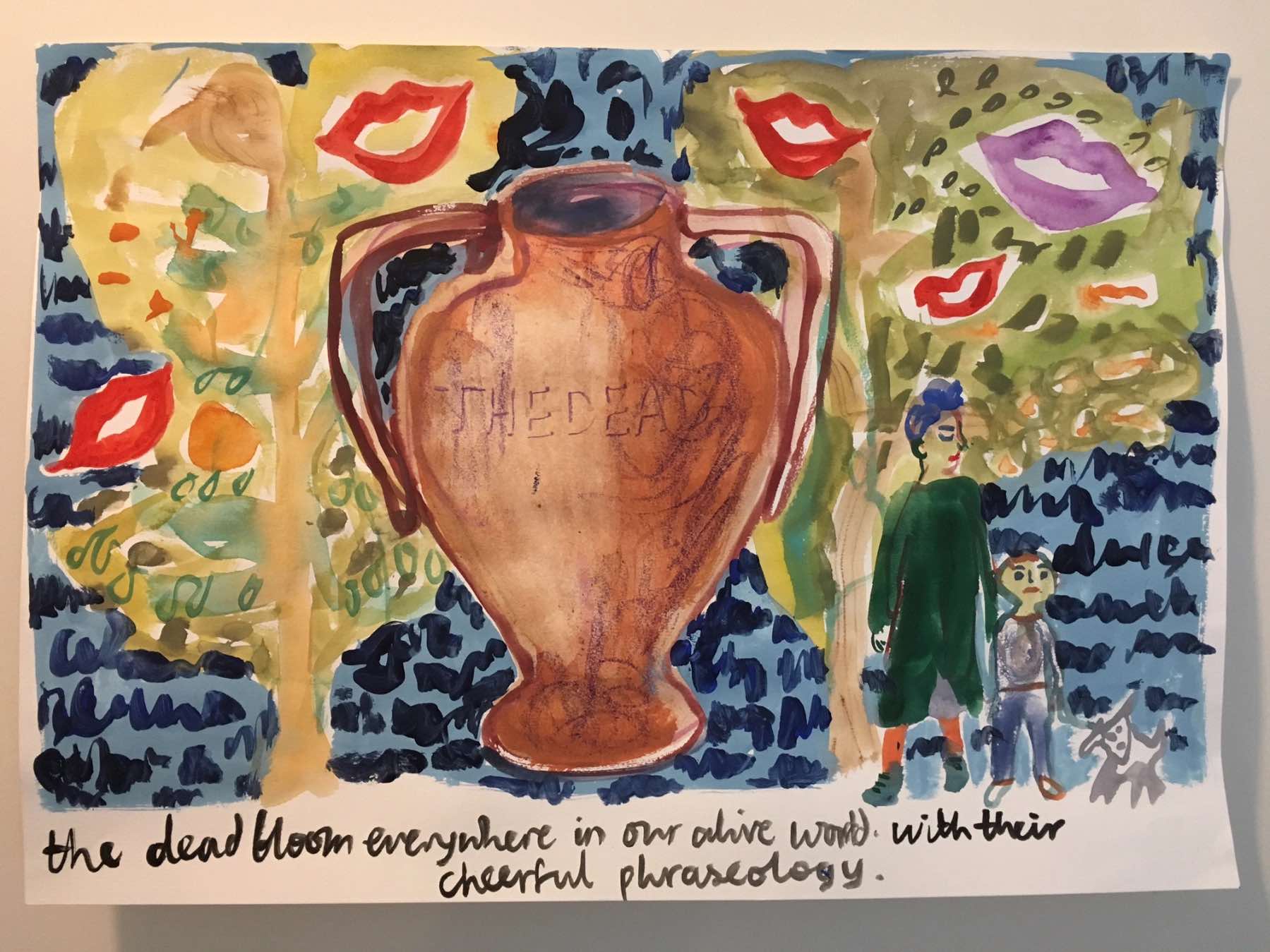 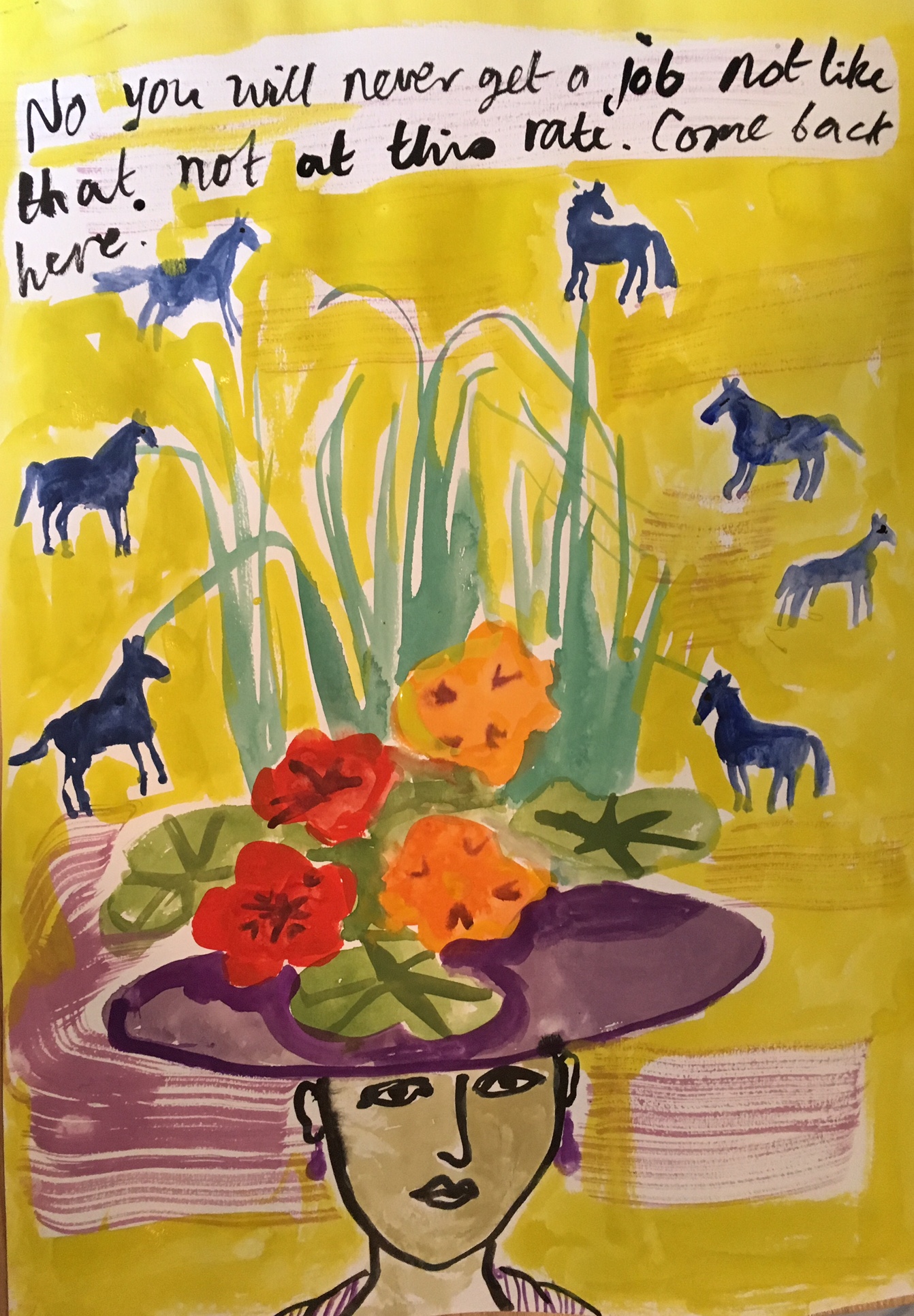 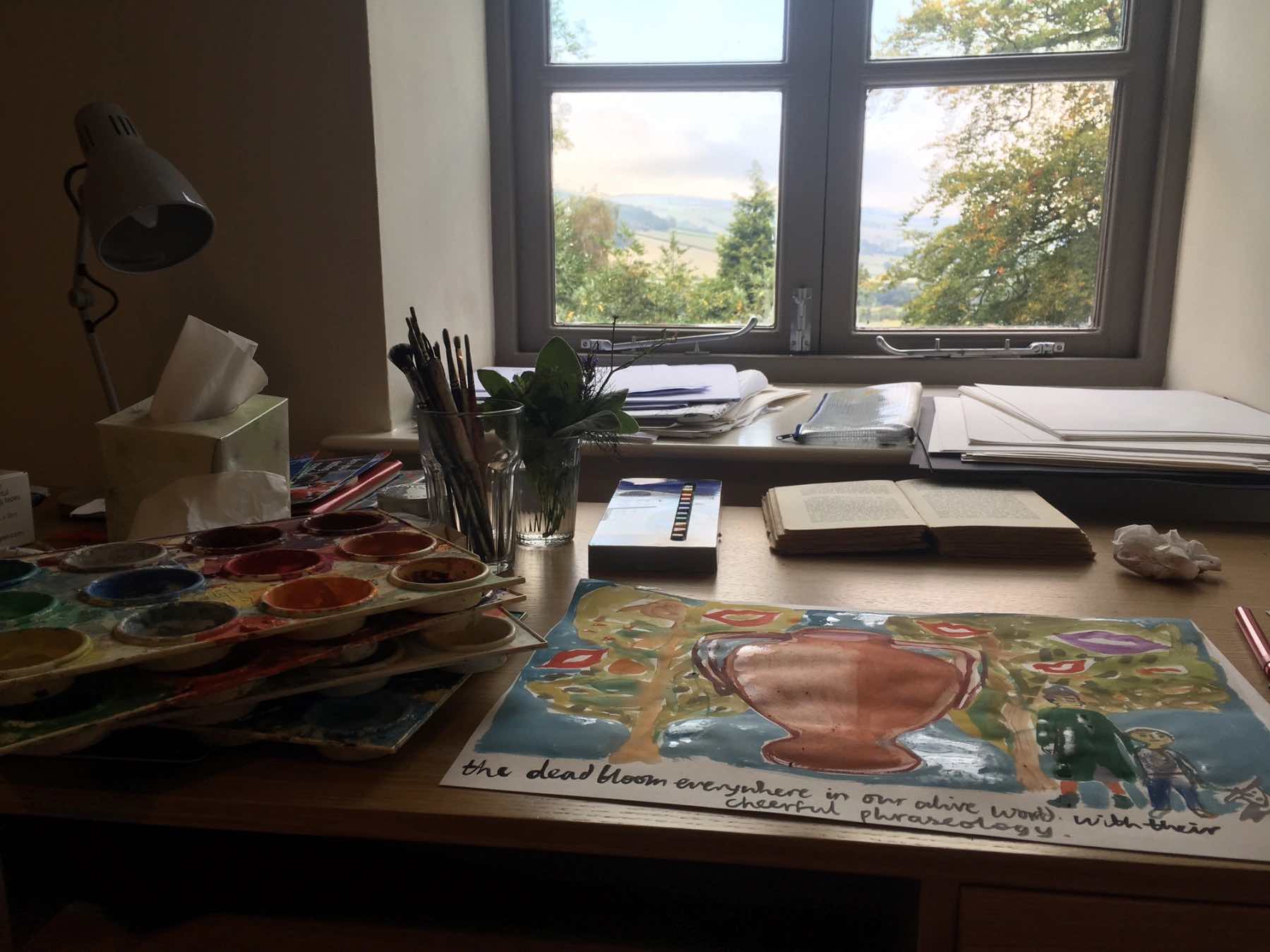