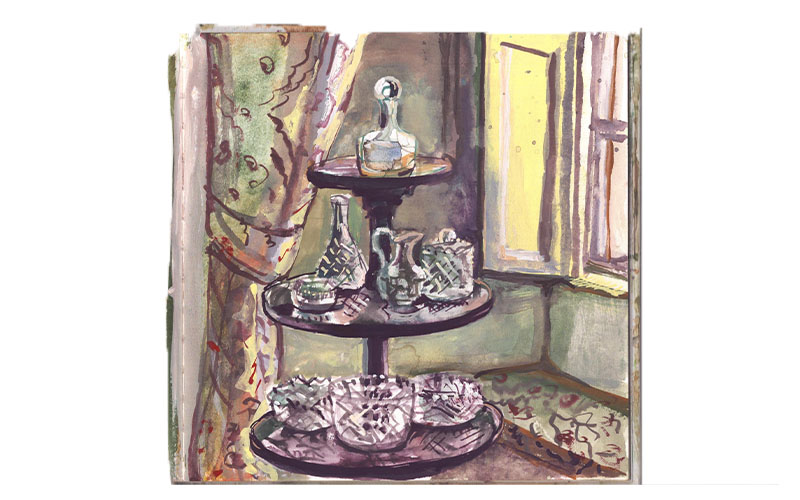 Hawthornden Literary Retreat at Hawthornden Castle in Scotland was founded to provide a peaceful setting for creative writers to work without disturbance. The Retreat receives writers for 10 months of the year. It houses six writers at a time, known as Hawthornden Fellows, in sessions lasting four weeks each.

'I used this period of retreat in Scotland to edit and collate poems towards a collection. It was a great delight to me to spend time in a place full of such distinct flora and fauna, and I was prompted to write about hawks, dippers, siskins, and the river Esk, as well as tuning up the poems that would appear later that year as 60 Lovers to Make and Do. It was great to read, think and chat with the other writers in the evening, we were taken care of so well by Hamish Robinson, who manages the fellowship onsite, and Ruth the wonderful cook who made us beautiful dinners and packed us little hampers for lunch. An owl flew past each dusk to call us from our rooms towards the sherry bottle! Images below are from my castle notebooks. ' 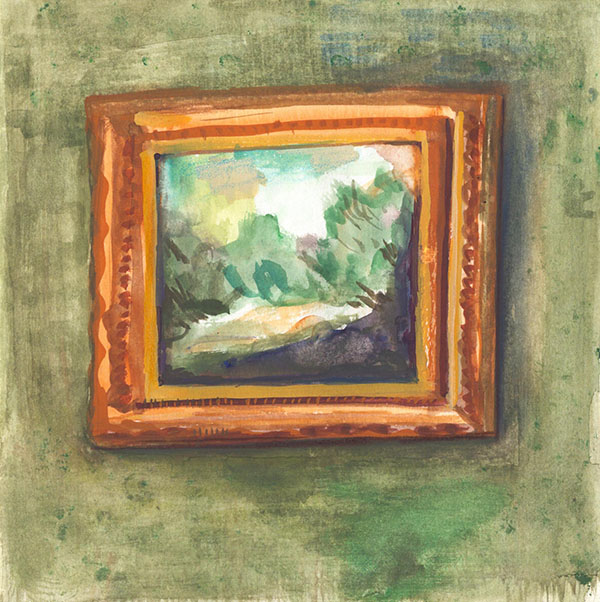 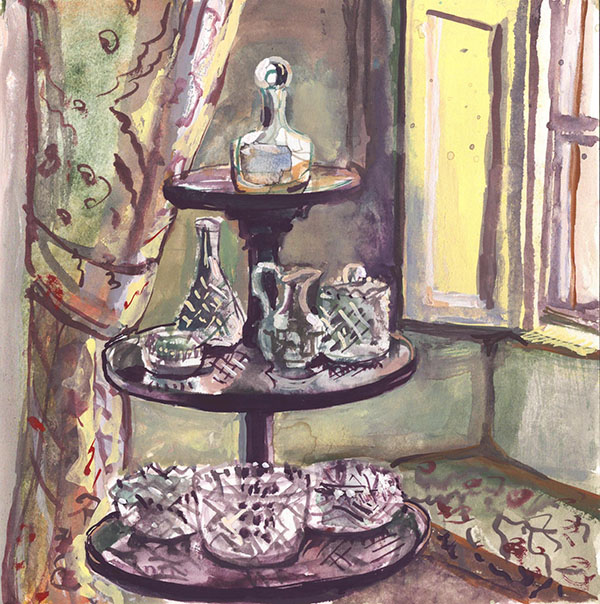 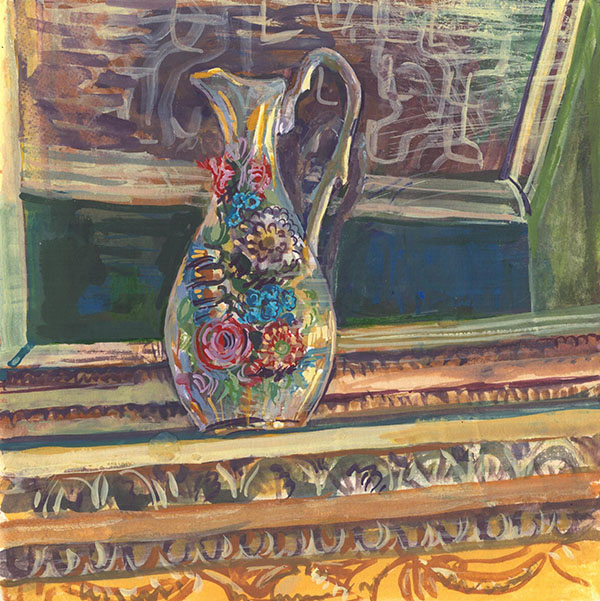 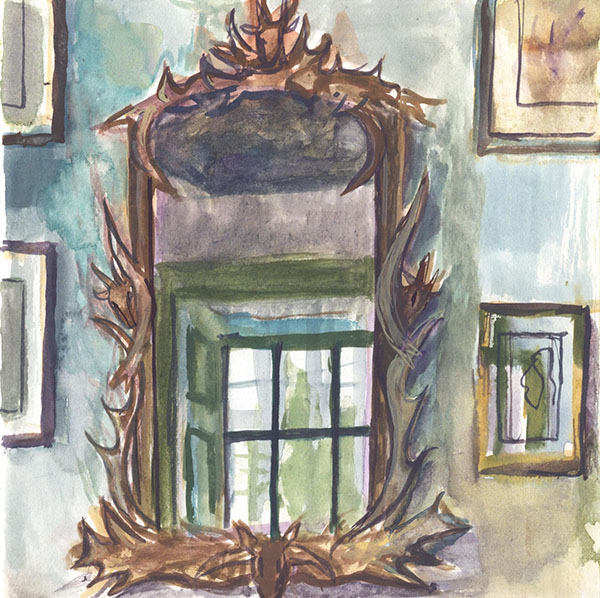 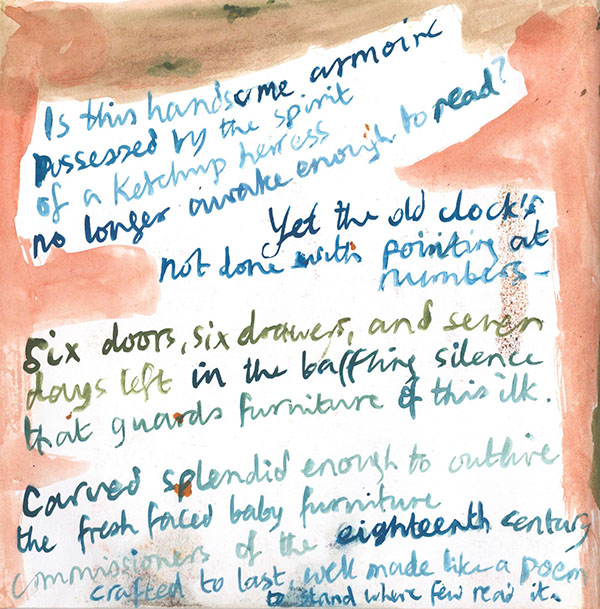 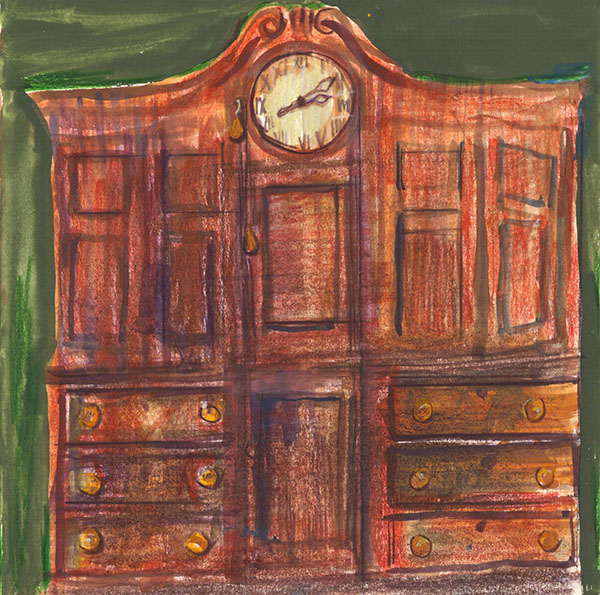 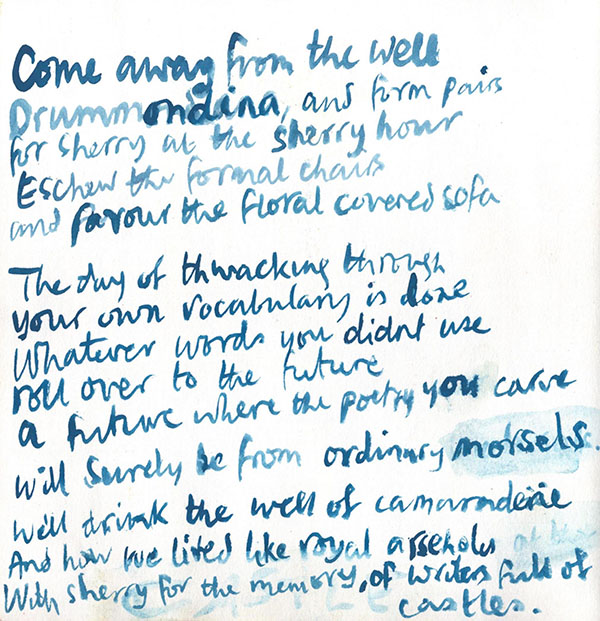 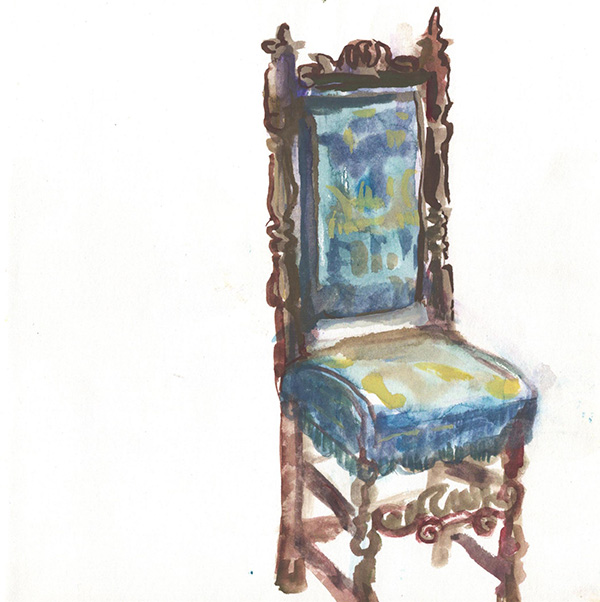 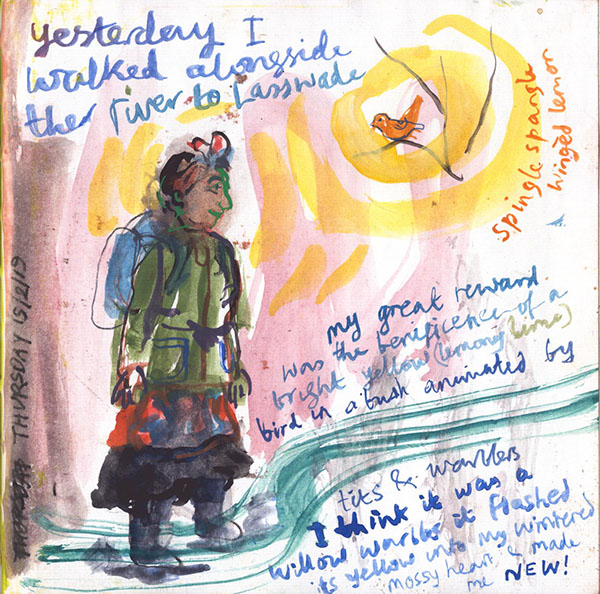 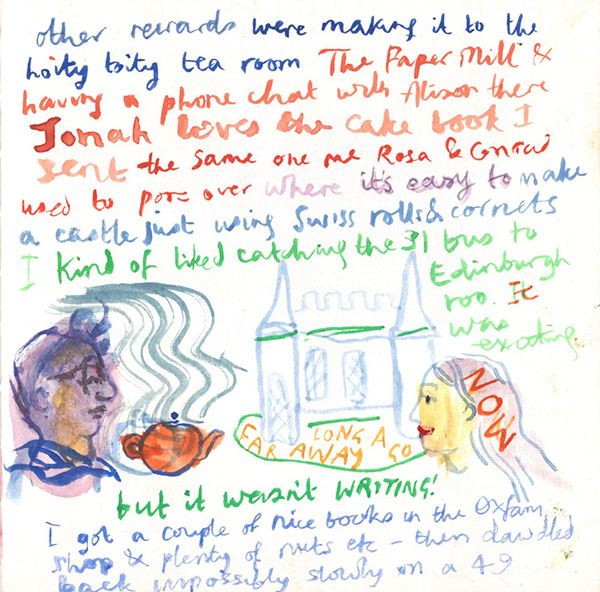 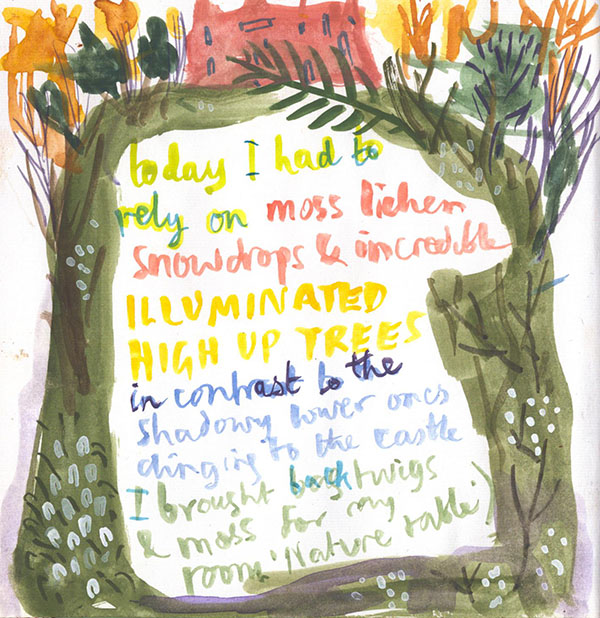 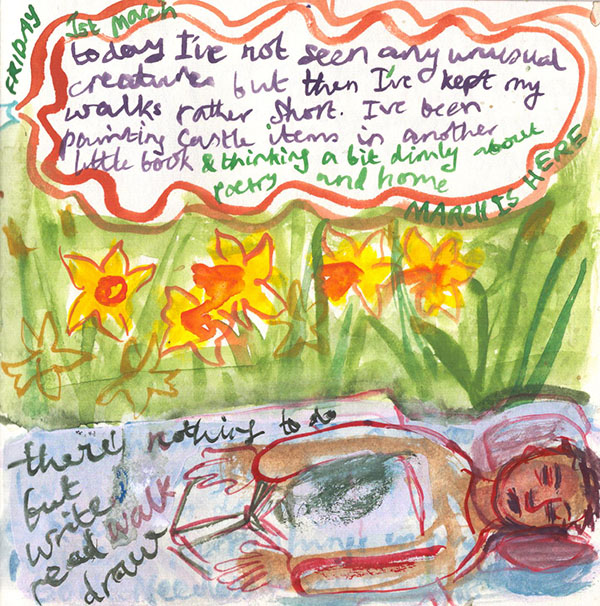 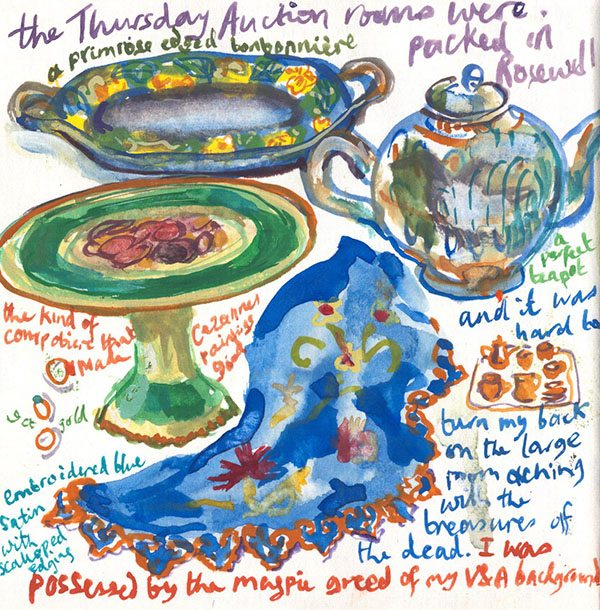 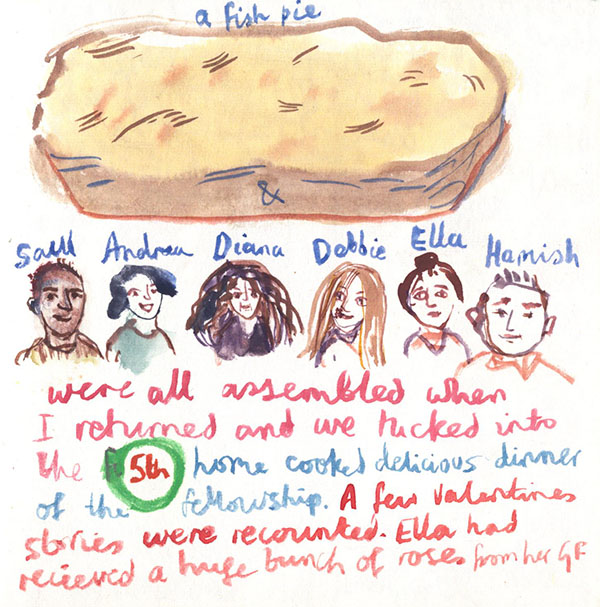 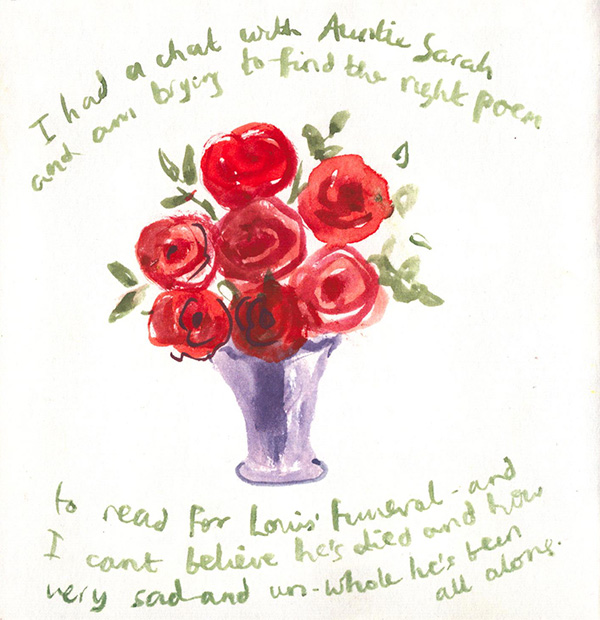 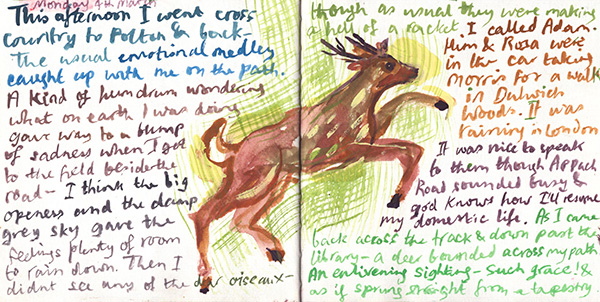 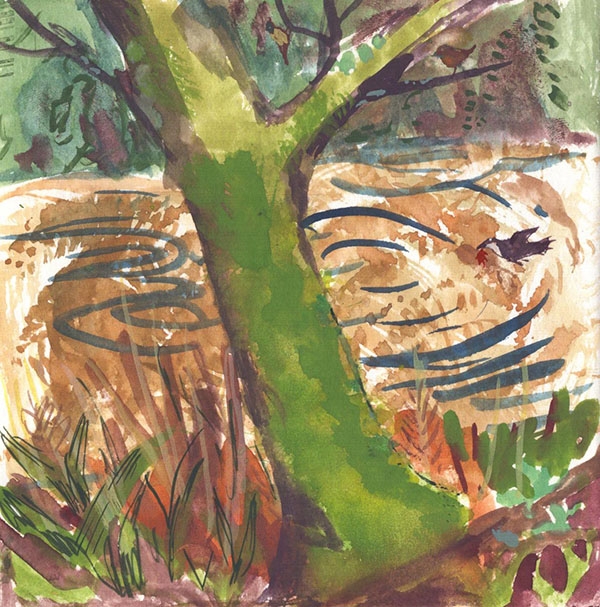