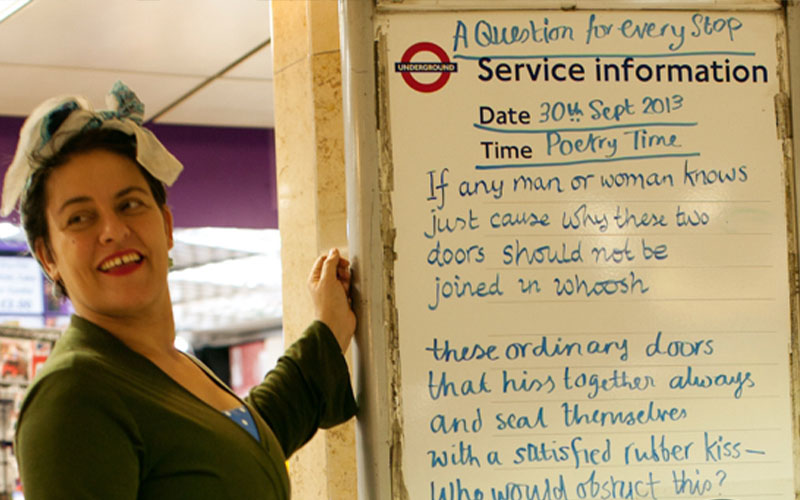 Several poets were selected and deployed to bring live poetry to the underground, as an initiative for National Poetry Day in October 2013. I was allocated Knightsbridge Station. I had hoped to borrow the tannoy to broadcast my poems to the stressed out commuters, but once I'd said If you see something suspicious, it's poetry' I had all amplification removed from about my person. The campaign we were part of was called Travel Better London, and was set up to try and encourage respect and good manners on the tube. Poetry can't really do this kind of thing, but it was a good excuse to chat with strangers and write underground verse. Fellow tube poets included Jacqueline Saphra, Raymond Antrobus, Keith Jarrett, Jools, Amy Acre, and Amy McAllister. A high spot was when a small and impeccably dressed Italian man stopped before boarding the escalator. Have you got a sad poem? he asked. Yes I have, I said, and read him one about my mother's death. He stood still and listened. Tears slowly ran down his face. Thank you. He said, before heading to catch his train.